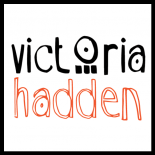 “Beauty will save the world.”  ~Dostoevsky

Victoria Hadden is a Canadian fine artist and writer who has lived in Toronto’s Cabbagetown ‘hood for the past 20 years. Victoria’s experiences in living abroad in Europe, on the Canadian prairies, west coast, SE Asia, and in India have combined to influence her expressionistic and colourful style.

She paints large works on canvas in acrylic and recent smaller works in pen & ink and watercolour have a light, humourist New Yorker feel. Her paintings can be found in collections throughout the world.

She has written a book featuring her paintings about a favourite muse, the tulip. The Journey of Queen Tulipa: Flower of Madness available in the store. (Sorry, sold out)

This site uses Akismet to reduce spam. Learn how your comment data is processed.